Community Organisation of the Year 2017

We are delighted to announce that Strathard Community Trust and Strathard Heritage Network have jointly been awarded ‘Community Organisation of the Year’ 2017! The award was presented on 4 November 2017 during the annual Community Partnership Gathering and was received on behalf of the community by James Kennedy and Katinka Dalglish.

The award is given ‘in recognition of a community interest group who have shown innovation, commitment and a positive approach to improving life for those who live in, work in or who visit their community‘.

We would like to say a massive thank you to those organisations and individuals who nominated us, and to the Community Partnership for making it all happen.

Trust Director James Kennedy also received a Highly Commended award in the ‘Volunteer of the Year’ 2017 category for the huge effort that he is putting in to coordinating and developing heritage projects on behalf of both Strathard Heritage Network and Strathard Community Trust, not to mention his long-standing commitment to Loch Ard History Group.

Historian, author and Strathard resident, Louis Stott, who was presented with a Personal Achievement award by the British Association for Local History earlier this year, also received a Highly Commended award in the ‘Volunteer of the Year’ 2017 category for his contribution to heritage in Strathard and beyond. 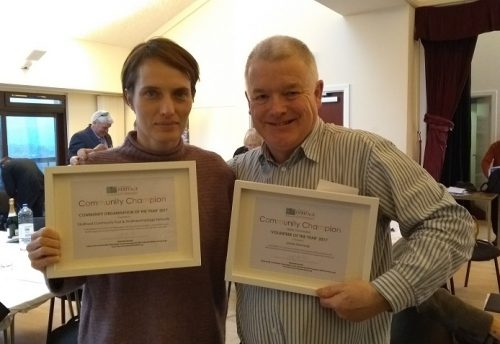 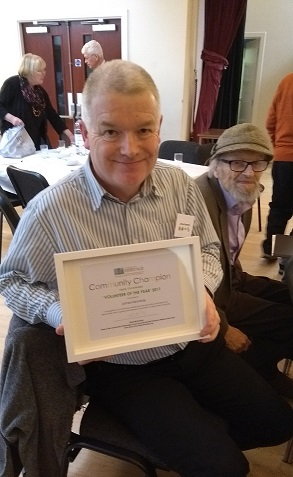 Your ticket for the: Community Organisation of the Year 2017

Community Organisation of the Year 2017